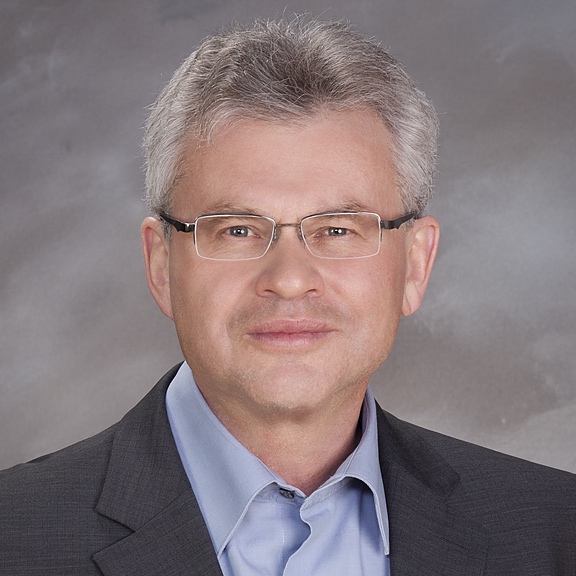 Gaétan Caron is an Executive Fellow at the School of Public Policy of the University of Calgary. He also provides consulting services on energy and regulatory matters. He served for seven years as Chair and CEO of the National Energy Board, following his roles as Vice-Chair, Board Member, and member of the executive and staff in a wide range of functions over 35 years at the NEB. Gaétan has a Bachelor of Applied Sciences from Laval University and an MBA from the University of Ottawa. 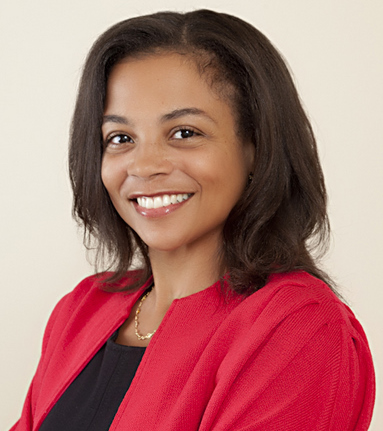 GuyLaine Charles is a partner at Teigland-Hunt LLP, a boutique law firm located in New York City. Her clients include energy companies and other major corporations, institutional investors, hedge-funds, and financial institutions based in the United States, Canada, and Europe. She advises on the negotiation and documentation of trading agreements including physical and financial over-the-counter derivative and commodities transactions through ISDA Master Agreements, the NAESB Gas Contract, and the Edison Energy Institute Master Agreement for electricity.

GuyLaine has practiced law since 1995 and is admitted to the New York Bar and the Law Society of Upper Canada (the Ontario bar). Before joining Teigland-Hunt she practiced with major law firms in both New York and Toronto. GuyLaine has presented at several ISDA conferences, provided ISDA tutorials for clients, and has been a guest lecturer at the University of Toronto Faculty of Law, the American University Washington College School of Law, and the University of Pennsylvania School of Law.

GuyLaine obtained a Bachelor’s Degree in Business Administration and a Law Degree from the University of Ottawa. She also holds a Master’s in Law from Dalhousie University. 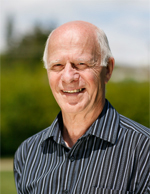 Marcel Chorel’s career in the electric utility industry has spanned over 40 years, and in that time he has been involved in almost every conceivable area: sales, planning, design, construction, operations, marketing and administration, and economic analysis. For a decade, Marcel worked for Sask Power Corporation before moving on to TransAlta Utilities. He rose to become the Director of Generation Planning and was Director of Land Administration at the time of his retirement. Since then Marcel has worked as a consultant and served on the Boards of Directors of a number of credit unions.

Marcel began teaching electricity courses at CERI in 1996 and has helped over a thousand people to understand the fundamentals of electricity and the industry’s ongoing restructuring efforts in Canada and throughout the world.  He has helped Oak Leaf to develop its new Wind Energy Fundamentals course and has instructed the course to enthusiastic reviews.

Marcel earned a BSc in Electrical Engineering and a Diploma in Business Administration from the University of Saskatchewan. He has also completed the Senior Executive Program at the University of Western Ontario. 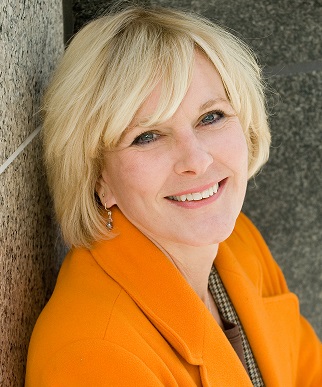 With over 30 years of experience in the energy sector, Carmen brings a wealth of experience to the classroom. Carmen began her career in the energy sector with Saskpower as Manager of Environment and Planning. She then moved to Calgary and the National scene as a Member of the National Energy Board. Since leaving public office Carmen has served as the President of the Energy Council of Canada. During her tenure with CERI Carmen had the honour of providing a briefing to a Canadian Senate Committee on Energy and Environment. Carmen returned to Regina as CEO of a not-for-profit company dedicated to carbon capture and storage. In addition to her academic awards she has been recognized as the 2012 Saskatchewan Business Magazine Woman of Influence; the 2012 Regina YWCA Women of Distinction Award for Science, Technology and Environment; and, in 2013, the Bayer Canada 150th Anniversary Award for Science and Innovation. 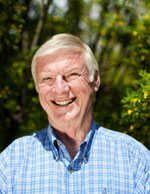 Mike Edwards brings to Oak Leaf over 40 years of experience in various segments of the upstream oil and gas industry – domestically and overseas. His experience includes exploration, production, pipeline construction, corporate planning, economic analyses, training and regulatory affairs. Mike was also the first instructor to work for the Canadian Energy Research Institute when Training Services started up in the mid-1990’s.

Mike was the federal government’s chief advisor on oilsands and heavy oils and former Chairman of the Canada/Saskatchewan Heavy Oil Agreement. He was a member of the Canadian team negotiating a comprehensive oilsands R&D exchange agreement with the United States. Other responsibilities included organizing an enhanced oil recovery technology exchange program through the International Energy Agency and serving on the Technical Advisory Committee of the Computer Modelling Group.

Mike has presented management training programs in Russia, Tunisia, Croatia, Abu Dhabi, Turkey, Kazakhstan, South Africa, and Sudan and has instructed petroleum economics courses at The University of Calgary, Mount Royal University and the Southern Alberta Institute of Technology. Mike’s enthusiasm for the energy industry and dynamism as an instructor have been witnessed by thousands of course participants throughout the world.

From 2000 until 2008, Mike was an Acting Member of the Alberta Energy and Utilities Board adjudicating natural gas and electric utility rate cases. He is a Director of Baden Technologies (a TSX-V listed oilfield equipment manufacturing company) and has degrees in engineering and petroleum economics. 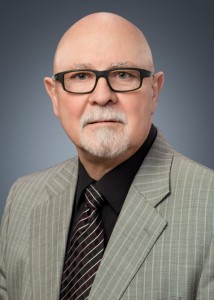 George brings to his teaching more than 40 years’ experience in the energy industry in upstream operations, energy and management consulting, and regulation, in a variety of roles.

He has ~10 years aggregate regulatory experience—in the oil & gas sector in Alberta with the ERCB/AER and in the engineering & geosciences professions with APEGA.

George is a life-long teacher and learner. He has a BSc [London] and MSc [McMaster]. He graduated from the Senior Executive Management Program [MIT Sloan School] and the Institute of Corporate Directors [ICD] program [Haskayne School, Calgary]. Throughout his career, from graduate teaching assistant to the present day, George has taken every opportunity to pass on his knowledge to audiences of all ages, and levels of skill or professional development—and to industry, professional, technical, academic, government and the general public audiences. 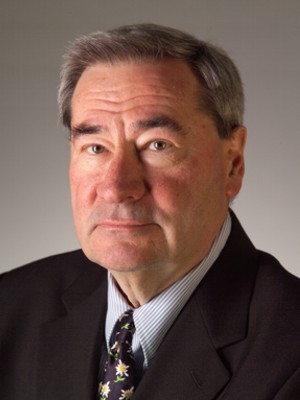 David Jackson has over 40 years of experience in Canada’s nuclear industry. Now Adjunct Professor of Engineering Physics teaching courses in energy and nuclear engineering at McMaster, he was also Interim Director of the McMaster Institute for Energy Studies. For many years, he served in various roles at Atomic Energy of Canada’s Chalk River Laboratories and at the time of his retirement was Director of Canada’s national fusion program.

David has consulted for several organizations including a number of studies of used nuclear fuel reprocessing for the Nuclear Waste Management Organization and uranium enrichment for the Centre for International Governance Innovation. As a Canadian representative on senior international committees of the International Atomic Energy Agency and the International Energy Agency he also participated in the scientific review of the most recent report of the United Nations Intergovernmental Panel on Climate Change. He is a past president of the Canadian Nuclear Society and was a member of the board of the Canadian Nuclear Association. In addition to nearly 100 scientific papers and reports,
David is co-author of the books Half Lives: A Guide to Nuclear Technology in Canada and Unlocking the Atom both aimed at better public understanding of nuclear energy. 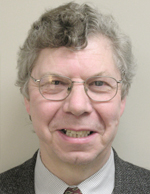 Alan Murray is a former Chief Engineer at the National Energy Board and is an Adjunct Professor in the Mechanical Engineering Department of the University of Calgary. A Mechanical engineer by training, he holds a doctorate in Civil Engineering from the Queen’s University of Belfast and is a Fellow of the ASME.

Alan has worked in a number of areas in Pipeline Design and Construction, System Planning, Logistics and Procurement, for Nova Corporation, subsequently TransCanada Pipelines, where he was Director of Pipeline Services. The founding Chair of the ASME Pipeline Systems Division, Alan is the co-author of the text books “Pipeline Design and Construction – a Practical Approach” and “Pipeline Integrity Assurance” and has published 55 papers on a variety of engineering topics. He received the ASME Award of Distinction in 2006 and currently serves on a number of Codes and Standards committees and Government panels on energy research and development.

Bruce is President of New Paradigm Engineering Ltd, in Edmonton, and has over 35 years experience in the upstream oil and gas industry, mainly on assignments and projects related to operations, energy efficiency, water conservation, and sustainable recovery of hydrocarbons.
He spent 16 years with Imperial Oil’s upstream operations, working in conventional upstream oil and gas, mineable oil sands, and at the in-situ operations at Cold Lake. Since 1991, he has worked through his company, New Paradigm, to address chronic sustainability problems in the oil and gas industry related to oil and gas recovery, water management, methane vent reduction, heavy oil/oil sands operations, energy efficiency and long-term R&D needs studies related to oil sands, shale, and water resources. He was a founding member and Board Member of the Petroleum Technology Alliance Canada (PTAC), served as Increased Recovery Director for PTAC and the Energy Innovation Network, Executive Coordinator for Life Long Learning for the Canadian Society for Chemical Engineering, and, since 2009, has taught “Oil and Gas Property Evaluation” to 4th year Petroleum Engineering students at the University of Alberta.
Bruce graduated with a BSc in Chemical Engineering from the University of Saskatchewan in 1976, is a Fellow of the Chemical Institute of Canada, and is a member of several technical societies.

David B. Rewcastle is an Energy Analyst with a background in Finance, Petroleum Economics, and Middle East Studies. David has been security analyst with a concentration in the Energy and Utilities sectors for ten years an

d has received numerous accolades for stock picking and earnings estimate accuracy. David won the Wall Street Journal’s “Best On The Street” award in 2008 for portfolio performance in the Oilfield Services Sector, was chosen as the top-ranked stock picker for the Gas Utility Sector by Starmine/Forbes Magazine in 2007, and Starmine/Financial Times rated David as the #3 analyst in the US Gas Utility sector in 2009.

David has a Masters Degree in Near East Studies and Business Administration from New York University’s Institute of Near East Studies and the Stern School of Business. His Master’s thesis was on the effects of petrodollar flows on economies and countries. David also studied at Damascus University and the American University in Cairo, and earned a BA with a concentration on Petroleum Economics and Political Science of the Middle East from Strategic Studies Department at the University of Calgary.

Don White is an accomplished power industry professional with over 35 years of experience in many aspects of the electric power industry. Don’s many roles over this period include power plant operations and engineering support, plant major maintenance for both coal and gas fired power plants as well as plant automation and optimization. Don has related experience in generation and strategic planning, insurance and risk management, project management and plant information technology (IT) capabilities.
Don has worked with B.C. Hydro and TransAlta Corporation, both Canadian and International power plants utilizing coal, gas, hydro and wind generation technologies. This unique combination of experience provides a comprehensive and practical approach to sharing his knowledge of the electric power industry. Don has a Mechanical Engineering degree from UBC.

Steve possesses 30 years of diversified energy industry experience including exploration, production, corporate planning, strategic business analysis, and government and regulatory affairs. His experience includes working in exploration and production with Geophysical Services Inc and Union Pacific Resources, as an Exploration Geophysicist. He has also served on the Boards of Causeway Energy, Bushmills Exploration and Montana Land and Exploration. Based in Vancouver BC, more recently, Steve has held executive and management positions in the downstream utility and marketing sector, including Canwest Gas Supply, Terasen Gas and Altagas.

Due to COVID-19, all courses will take place ONLINE Dismiss